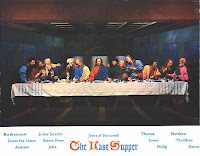 The number thirteen has long been touted as unlucky. Some believe the fear of number thirteen dates back to the Last Supper. There were twelve disciples plus Jesus at that meal. Judas Ischariot hanged himself and Jesus was crucified.
Throughout the western world, people avoid numbering their houses with the number thirteen and many hotels do not have a thirteenth floor. Hospitals, hotels, and similar institutions often have no room numbered thirteen. And Italy and France never sell lottery tickets with that number.
Fear is also aroused if the thirteenth falls on a Friday--in itself and unlucky day largely because of Good Friday. 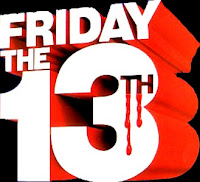 But, do I think thirteen is unlucky? Not really.
With the single exception of Friday, September 13, 1985, the number thirteen has always been lucky for me. So, maybe it was the pairing of the number thirteen with Friday that was unlucky for me. I lost my first child when I was just twelve weeks pregnant on that day. Or maybe losing that child was a blessing in disguise. Perhaps, a worse fate would have befallen me if I'd carried that child to term. Or, maybe there was something wrong with that child and had it been born, it would have suffered greatly.
Whatever the reasons, had I not lost that child, I would not have become pregnant again before that baby's due date and I would not have delivered a beautiful baby girl on August 19, 1986. She and my youngest daughter have brought nothing but joy to my life.
My husband was also born on the thirteenth. So, it can't be a bad day. Other good things have happened to me on the thirteenth or in relation to that number. Most recently, my publishing contract. After thirteen years of writing with the intent to publish, The Wild Rose Press published OUT OF THE DARKNESS.

So, I believe the thirteenth is a day to celebrate. And to do so, I'm hosting Brenda Whiteside, author of SLEEPING WITH THE LIGHTS ON, a contemporary romantic suspense. Now, without further ado, please help me welcome Brenda. 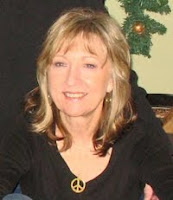 Lilly:
Brenda,
Please tell us a little about yourself, your book, and your views on the number thirteen.  I understand you have a fascinating tale about that particular number yourself.
Brenda: I do. But first, let me say thanks for having me, Lilly. And congratulations on the publication of your first book. Can I share your excitement? Sleeping with the Lights On, a contemporary romance with a good dose of humor and suspense is also my first published novel.
Lilly: Then we both have a reason to celebrate! I'm glad you could be with us today. So, tell us your story about the number thirteen.
Brenda: I do have a relationship with the number thirteen, although not as heartwarming as yours! What wonderful insight into how a sad occurrence can actually be for the best and result in a beautiful outcome.
In 1992, we were living in Phoenix Arizona and had grown tired of the heat, among other things about the city. We made a list of what we thought would make a city a good place to live. With that list in hand, my husband's research led us to Minneapolis, Minnesota. He sent off resumes to several companies inquiring if they had any positions available. He received one response.
On Sunday, September 13, the company flew him to Minneapolis for an interview.He sat on the aisle in row thirteen. When he checked into the Holiday Inn, he was directed to his room on the thirteenth floor. When he called me that evening, we laughed at the coincidence. He interviewed on Monday morning and by noon he had a job offer. We adopted the number that evening as our lucky number.
He moved to Minnesota in October and I stayed behind to sell our home. The company provided him with an apartment for six months. It was a beautiful high-rise overlooking the Mississippi River on the thirteenth floor. His apartment number was 1313. Okay, now we took this number seriously. Since we don't believe in coincidence, the pattern was obvious to us- this move was meant to be!
My resumes were in the mail by November and in December I interviewed with one company. I was hired and my first day on the job was Wednesday, January 13th. Oh hum, just another sign.
We were gypsies at heart until the Minnesota move. We've lived in multiple homes in Arizona (eight if I remember correctly) three homes in Germany, three homes in California, and two homes in Massachusetts, Florida, and Nevada. Minnesota roped us in. We stayed for ten years, moved back to Arizona for a couple of years, and thirteen years after our first move to Minnesota, we moved to Minneapolis again.
I've tried since to use the number to my benefit but with no success. Lottery tickets, roulette wheels, and other chance offerings have met with a thud. Apparently I have no control over when thirteen works for me.
Lilly: Wow, Brenda! That's a lot of thirteens! No wonder you and your husband adopted the number.
Brenda: Lilly, you brought up selling your first book after writing for thirteen years. I've not thought of this before but I just did the math. After thirteen years of serious writing, I published my first book. And with The Wild Rose Press! And here we are on Friday the thirteenth. Go figure!
Lilly: Another coincidence? Or just lucky thirteen at work again?
Brenda: So who's feeling lucky? 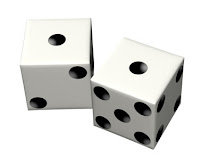 I'd like to give away an e-book of Sleeping with the Lights On, to someone with a good story about the lucky or unlucky number thirteen.  Leave us a comment and we'll have a drawing.
And if you don't win, you can also purchase a copy in either print or e-version from:
http://www.thewildrosepress.com/sleeping-with-the-lights-on-p-4032.html

Lilly: That's very generous of you, Brenda. I'm looking forward to hearing other stories about the number thirteen. And I'm sure readers are interested in hearing more about you and your books.How can they find out more about you?
Brenda: Stop by my web site and sign up for my Announce Only Newsletter for future contests and give-a-ways.
http://www.brendawhiteside.com/
Or look me up on
http://www..com/BrendaWhitesideAuthor?ref=nf 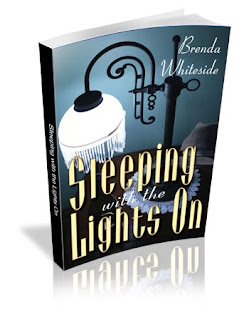 After two failed marriages and countless relationships, Sandra Holiday thinks she's met the man to end her years of less than perfect choices; choices that not only derailed her travel-related career plans  but also left her single and broke.
Carson Holiday a Las Vegas country crooner with swoon-inducing good looks, spent his adult life pursuing a recording contract and love never holding on to either. After eighteen years, he drops back into Sandra's life reigniting an attraction he can't deny.
When Carson reappears, Sandra must choose again. Only this time, nothing's as it seems. A secret admirer, a redheaded stalker, and an eccentric millionaire throw her on a dangerous path, with Carson her only truth.
As life confronts her with yet another turning point, will her decisions find her eternally sleeping with the lights on- or will she finally discover a way to turn them off?


I will be signing copies of Out of the Darkness on Dec. 11, 2010 from 12:00 to 3:00 at Ababagayle's Books in Henderson NC. Check out Abagayle's website @ www.abagaylesbooks.com