Back to Germany: Vacation Day Six

After our trip to Amsterdam and the long bus ride home, we were exhausted. And my poor son-in-law had to return to work, even though Monday was an official German holiday. The Easter holiday in Germany runs from Good Friday through Monday. So, most every business in Germany was closed. And we were all tired, so we hung out at my daughter's house in Amsterdam. 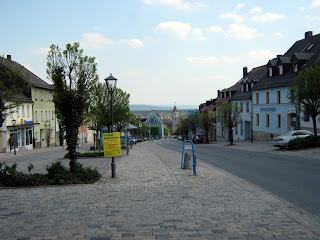 My daughter lives in Eschenbach and it's a beautiful town. We visited once before in August 2008. So when lunch time rolled around, my husband and I offered to walk up down to buy lunch.
There's a Turkish Imbiss (fast food stand) on the other side of town that doesn't close for German  holidays.

So, we started off on our journey hoping we wouldn't get lost. 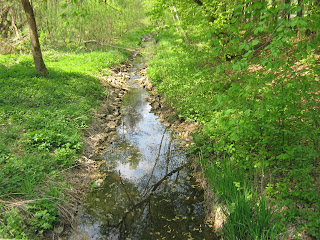 We walked through my daughter's neighborhood, and crossed the bridge. Our youngest daughter was able to go with us when we visited Germany in 2008 and we had taken a picture of her on the bridge crossing the creek when we were there before. It made me miss her and wish she'd been able to come with us this trip. 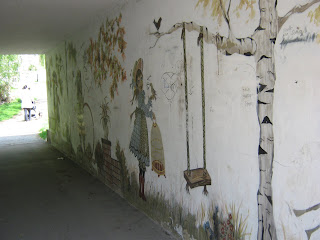 We saw the tunnel running under the street and new we were still on the right path. 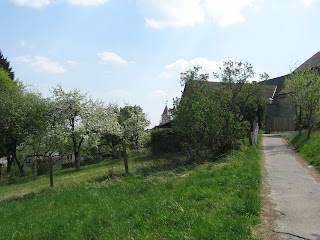 After passing through the tunnel, it was uphill all the way, but such a beautiful walk.


Eschenbach, like so many German towns is a mixture of new and old, with some buildings dating back to medieval times. 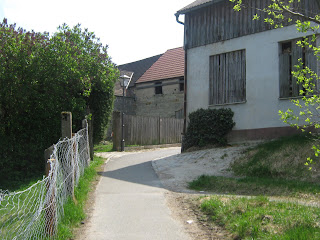 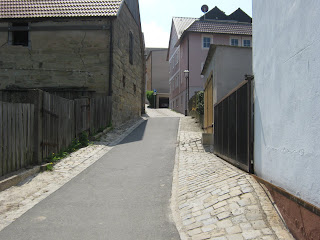 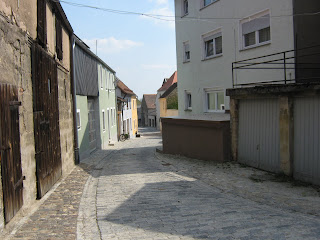 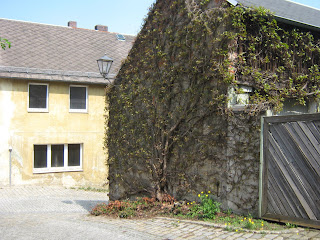 In town, the streets were practically deserted. Which was a far cry from the last time we visited. In August 2008, Eschenbach was celebrating it's 650th anniversary and the streets were filled with street vendors and historical displays. But on this Easter Monday, all was quiet. 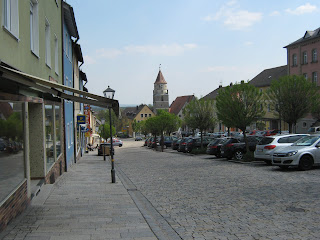 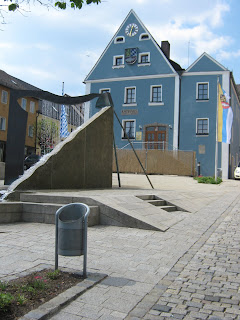 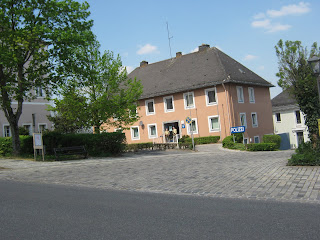 ﻿Even the Polizei (police) seemed board. 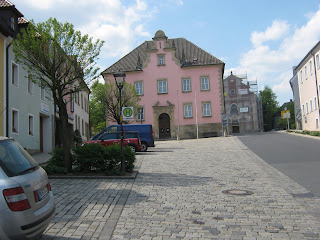 But as we walked, we took in the scenery, wondering if the people of Eschenbach marvelled at the beauty of their town as we were doing. Or, did they take it for granted because they saw it every day? 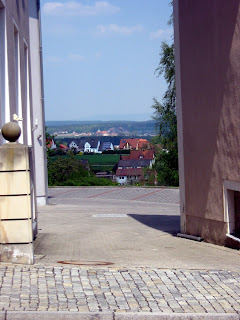 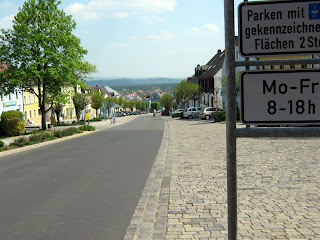 We finally reached the top of the hill and crossed the street to the Imbiss. 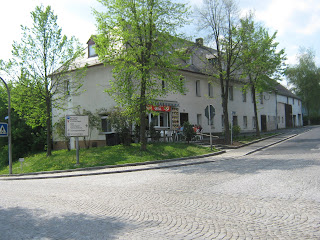 And with the help of my daughter's notes, we were even able to order our food in German. Which greatly relieved the Turks who own the Babylon grill as they did not speak English. And the food there is amazing.

My husband and I ordered the doners: grilled lamb, goat cheese, a yogurt and cucumber dressing called tzatziki, on grilled flat bread. My daughter had the schnitzel with potato salad. Schnitzel is is a batter fried pork chop and if you've never had German potato salad, I highly recommend it. Yum!

We then place our food boxes in the cloth sack my daughter provided and started back toward my daughter's house on the other side of town. The walk home was just as enjoyable, even toting the food sacks. 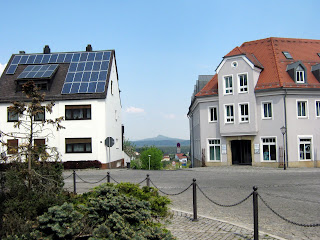 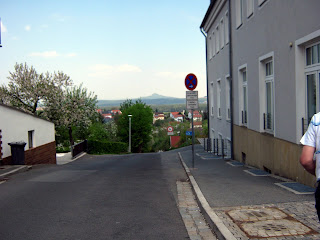 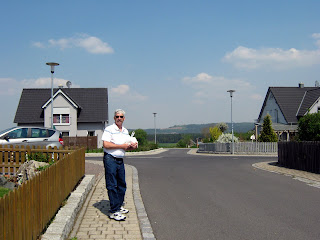 After lunch, we visited with my daughter and played with her dogs. When my son-in-law got home, we played ladders in the yard and then my daughter fixed a fabulous supper. That night, we sipped wine (the men drank German beer) and we watched a movie. Season of the Witch starring Nicolas Cage. The movie was nothing like what I expected from having seen the previews. It was a good movie with a surprising twist. If you haven't seen it and you like the paranormal, I recommend it.
﻿
Posted by Lilly Gayle at 12:00 PM